We know shopping centre marketing managers are under pressure from retailers, landlords, and asset managers to create cost effective campaigns when budgets are tight and accountability is key. Live events are expensive when compared to digital activities and under such scrutiny it’s often a challenge to present them as a measurable argument to back up the marketing plan. However a great event, with the right production, can reap rewards. Basically it’s all about quality and relevance so we’ve devised a simple 3 step process for success:

intu Watford reported significant rises in footfall and sales from their fashion retailers immediately following our bespoke 2014 Spring Summer shows performed directly outside the stores. The rise was largely due to our activity’s integrated sales promotion in which models handed out 25 branded envelopes to shoppers specifically targeted to the retailer profile during each one of the performances. All envelopes contain a numbered voucher and instructions for customers to go in-store to check it against a winning number displayed inside. One lucky envelope contained a time sensitive gift card which had to be claimed within a few minutes. This simple sales mechanic fills the store with 25 potential new customers and others just curious to see what’s going on, it proved the event’s success in measurable quantities with direct positive feedback about sales coming from retailers including; Coast, River Island, Lipsy, Quiz, USC, BHS, Next, M&S and John Lewis. 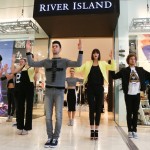 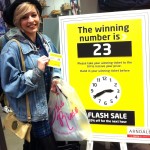 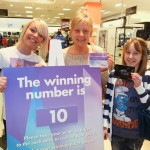 It’s not just fashion either, seasonal activities should be destination style events designed to attract families, encourage longer dwell times and customer loyalty. Keeping boredom at bay and kids entertained we’ve organised Summer Camps and Cool Schools up and down the country, teaching kids all the fun stuff they don’t learn in a classroom, with activities from DJ and graffiti skills to cake decorating and fashion design. We even hired cardboard artist, Mark O’Brien to host creative workshops for eco-warriors in Peterborough making amazing art from recycled cardboard donated entirely from retailers. 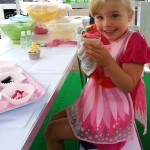 The Next Mary Berry? 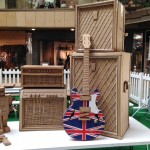 Our nation’s sporting achievements may have disappointed but the World Cup, Wimbledon and the Commonwealth Games provided us with a great event hooks this summer. Who cares that England limped out of the football a bit too early, Andy Murray failed to impress with his tennis and Team GB didn’t cycle their way to glory on the Tour? Our very own roster of professional sportsmen and entertainers brought their superb skills, creative workshops and delightful performances to shoppers in malls from Swansea to Fleetwood 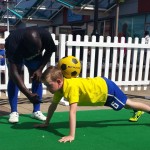 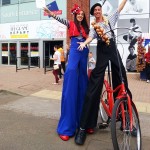 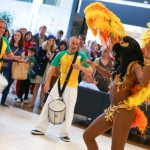 Connect with the audience

We had non-sports fans covered too with the perfect antidote – Indulgent VIP treatments in stylish pop-up lounges, a place to relax and escape the football-crazy city’s intense air of competition; and our urban beaches with a carnival atmosphere provided shoppers the opportunity to feel the sand between their toes whilst enjoying the rhythmic sounds of a steel drum band and colourful Samba dance shows. With eyes closed, it could have been Rio!

Live events connect with audiences in a totally unique way and leave a lasting impression that is easily spread via positive feedback on social media. All that’s required is a little imagination and creativity to maintain a competitive edge on the competition.